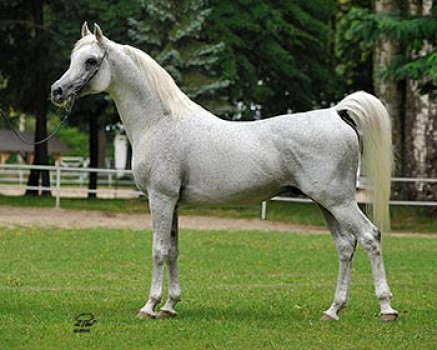 Piaff is superbly conformed and draws attention with his good nature. He presents himself wonderfully in hand and under saddle. He passes onto his get a good front, highly set neck, beautifully shaped top of the head, a strong build and Arabian type.